The RCMP and the High River Gun Seizures 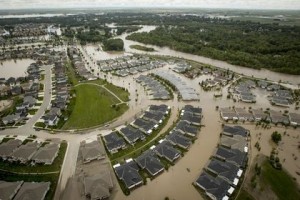 In late June, 2013 southern Alberta experienced a series of floods considered to be the worst in Alberta’s history. The town of High River was the hardest hit by the disaster, residents of High River were ordered to evacuate. After the town was evacuated RCMP searched homes for isolated persons. They were also tasked with facilitating pet rescues and health and safety inspections. While the RCMP engaged in their search of vacant homes they kicked down doors and seized multiple firearms.  Initially the Mounties only seized illegally unsecured firearms in plain sight, however they later returned searched for legally secured firearms, totaling in 609 seized firearms. Upon hearing about the gun seizure, gun owners of High River were enraged. Over 1900 complaints were lodged with the Commission for Public Complaints against the RCMP spurring an investigation. The Prime Minister’s Office made the following statement: “We believe the RCMP should focus on more important tasks such as protecting lives and private property”.

Crisis Management Strategy
The RCMP sought to establish their role as protectors early in the crisis. An early press release stated: “To date, over 4500 buildings have been searched by RCMP led teams. During the search, RCMP officers made contact with 327 people located in the evacuation zone. All of these people located within the zone were encouraged to leave. Since the search began on June 20th, 38 people have been rescued from the evacuation zone by the RCMP led teams”. Another RCMP press release regarding the seizure stated the following, “During police operations in High River to locate and rescue any residents in need of assistance, the RCMP took possession of firearms that came across in plain view”.  This message was not completely true. After much public scrutiny, it was revealed that the RCMP had in fact returned and seized hidden firearms.

The public widely criticized the leadership and objectives of the mission. The RCMP and responding bodies gave candid and varied responses to these queries. When questioned as to who was giving the orders, Chief Superintendent Keith Harrison stated “It would be the emergency operations centre for High River and whoever is designated by that local authority to be in command at that time”. In response to the unclear objectives of the mission, Len Zebedee, the fire chief for High River and the deputy director of the EOC stated: “No. 1 is the safety of our responders and residents. It frustrates me to hear the RCMP put down like they were because they were here to do a job and that was their job”.

The RCMP employed multiple tactics to appease the enraged citizens and public at large. The RCMP stated that people would not be criminally charged for having unsecured firearms. Solutions were also developed early for the citizens with seized firearms. All firearms would be returned once proof of ownership was produced. The RCMP also contended that many of the seizures would have been illegal under normal conditions, however under the Alberta Emergency Management Act (AEMA) first-responders are granted extended powers . Multiple town-hall style meetings were held wherein citizens of High River could could pose questions to the RCMP.

Analysis of Crisis Communication Efforts
The RCMP made three major mistakes while managing the crisis. Firstly, the RCMP did not have any designated leadership during their communication efforts.  Secondly, they did not take any ownership of the crisis. Lastly, they managed the victims incredibly poorly by employing essentially no sense of empathy. These three flaws rendered their crisis communication efforts unsalvageable after it was revealed they had not been truthful about seizing secured firearms.

Strong leadership is important when handling a crisis. The RCMP did not have any designated spokesperson to speak on behalf of the organization throughout the crisis. The following personnel responded to comments at different times: RCMP Commissioner Bob Paulson, Chief Superintendent Keith Harrison, Sergeant Ian Shardlow, Deputy Commissioner Marianne Ryan and various RCMP staff.  They also appear to be speaking reactively, as opposed to proactively. The lack of leadership led the people of High River, the media and the general public to question the legitimacy of the RCMP in a crisis and specifically, a public relations crisis.

The second major mistake the RCMP made was a lack of taking ownership. The RCMP did not necessarily need to admit that they were at fault. However as an organization they would have greatly benefited from at least taking upon some responsibility for the crisis. Sergeant Ian Shardlow made the following statement at a town-hall meeting “I do have appreciation for what happened here, but I don’t want to get stuck in a continuous cycle of review and anger. My primary focus is that we’re moving forward”. At every attempt various spokespersons seemed to slough off any sense of accountability and referred to successfully keeping people and property safe.

The third and arguably most damaging flaw was the RCMP’s method of managing victims. The RCMP managed the victims of High River considerably poorly and interacted with them with essentially no empathy. They ignored any sense of victimhood from the affected citizens and if anything, enraged them further. At one point, when questioned at a town-hall meeting why he kicked in their door, the Mountie replied “There’s no better feeling than booting in a door”. The meetings held by the RCMP were deemed as condescending and dismissive by many. It is difficult to say what the outcome would have been had the RCMP been more empathetic. Yet it is possible the public inquiry may have been avoided if more tact had been employed by the RCMP.

Aftermath
In February of 2015 the report from the Commission for Public Complaints against the RCMP was released. It was decided the RCMP was legally permitted to seize the unsecured firearms in plain sight. However, they had overstepped their legal rights by returning to seize properly stored firearms and firearms not in plain sight. Moreover they should have reported the seizures to a justice of the peace.

The High River Gun Grab put the RCMP in a crisis situation, they did not manage that crisis adequately. Even the RCMP Complaints Commission report made the following recommendation “At the national level, the RCMP should develop a practical crisis communications handbook for use in emergency operations”. It is notable however, that the RCMP were faced with an incredibly difficult situation. They were responding to a natural disaster and expected to emerge from the situation as heroes. Alternately they were faced with another crisis as a result from their actions, intentional or not. The RCMP also expected a greater sense of understanding from the general public, media and politicians. Their poor sense of preparedness can somewhat be attributed to a much unexpected scenario.

Recommendations
In order to have produced a better outcome I would have employed the following tactics: