Understanding the impact of political demonstrations on country risk

By Liam B. Twomey
April 11, 2019
Originally published on the Intelligence Fusion Blog 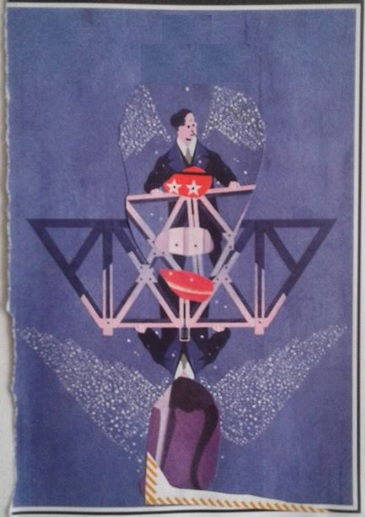 Companies use country risk to assess the feasibility of a potential venture when investing internationally. Country risk is evaluated by using variables such as political violence and economic stability to grant a country a rating. Even if a country has low regulations and is resource abundant, firms may choose not to invest if they believe the environment is not stable and the outcome unpredictable. As a country with a strong banking sector and robust democracy, Canada is a primary candidate for foreign direct investment and foreign investment. However, indigenous relations have regularly jeopardized Canada’s risk rating. In the context of resource extraction this issue becomes too significant to ignore.

Canada’s GDP is heavily reliant on the natural resources sector. The listed industries comprise the following percentage of the GDP: forestry (1.6%), mining (4%), oil and gas (7%). Canada regulates foreign ownership and foreign investment by industry through a series of dedicated regulatory bodies. All the listed industries are considerably open to foreign investment. Large-scale projects are often initiated in remote areas, near First Nations land. Natural resource extraction is usually land intensive, pollutive and has the potential to contaminate bordering areas, therefore outcries from local tribes and bands are warranted. Amnesty International has called upon Canada to enforce greater appreciation for indigenous persons’ rights, particularly in relation to natural resource protection.

Protests are mutable, however they often form as a tribe or band occupying the site where development is scheduled to occur. A recent high-profile dispute arose in British Columbia between the Wet’suwet’en people and TransCanada’s Coastal GasLink over the construction of a natural gas pipeline. Previously, several bands protested the Kinder Morgan Trans Mountain oil pipeline expansion. To impart an idea of how much money demonstrations cost companies, a delay in seismic testing for a fracking project in New Brunswick cost Southwestern Energy $60,000 a day. This is a modest example, in the United States, the protest against the Dakota Access Pipeline (DAPL) cost at least $7.5 billion. There have been numerous demonstrations mirroring these in the past and there will undoubtedly be many more in the future.

Many companies do engage in preventative measures before advancing such as hiring First Nations Relations Specialists. However, some do not and in any case, resistance is often an inevitability. When it seems that protestors will not abate, companies go to a provincial judge to seek an injunction. An injunction will state that persons must vacate the premises otherwise they will be forcibly removed and charged with trespassing. If persons remain on the premises the provincial or federal police will carry out the order. Sometimes the removal of protestors turns violent. The prevalence of social media and mobile devices has enabled demonstrators to gather photo and video from the site and subsequently garner national and even international support.

The federal government is not expected to interfere with demonstrations against projects, however they cannot afford to be apathetic. These companies provide the government a crucial source of income in the form of tax revenue. In some cases, they may donate to a party for campaign funds. MPs may also be lobbied extensively prior to and throughout the duration of the protest. Attempts have been made by various governments and bureaucratic bodies to stem opposition at its inception. The previous federal government led by Conservative Prime Minister Stephen Harper drafted Bill C-51, now the Anti-terrorism Act. The Anti-terrorism Act includes a clause which classifies activities to interfere with the economic stability of Canada as a security concern. There is also a clause which clarifies that protest is exempt from the measures in the Act. However, critics say the ambiguity of the Act could result in the arrest of demonstrators, with the possibility of preventative arrests. Essentially, opposition to large-scale infrastructure projects may be considered a national safety issue and persecuted as such. Recently, the National Energy Board, a regulatory agency that oversees the oil and gas industries, sought to contract a service to monitor social media. A fundamental purpose of a service like this would be to alert the client of any potential opposition fomenting online. Ultimately, efforts such as these are adverse to the talking points that led the current party to power. Prime Minister Justin Trudeau ran on a platform that emphasized respecting indigenous rights. He cannot afford to completely ignore their dissent, nor the national turmoil it has raised.

The entire world is watching how protests unfold, how Law Enforcement Agencies proceed and how the federal government reacts. This includes shareholders and those evaluating country risk ratings. If there is no intervention to protests, then key decision makers will see a country that permits disruptions to continue without a definite end. Investment into the extractive sector ultimately comprises a significant portion of the GDP and foreign investment streaming into Canada. A constriction of this financial flow would have negative economic impacts in the future. Reporting unimpressive financial figures around election time is not ideal. Alternatively, if police aggressively mobilize on occupied sites, tensions may flare and engender further demonstrations and polarization, increasing instability. Being perceived as a regime that utilizes police forces to continue pernicious projects at the expense of indigenous persons is similarly unappealing. Both scenarios could affect Canada’s country risk rating. Governing parties going forward (including the incumbent) may choose a side, favoring one while antagonizing the other. Otherwise, they may also strike a balance between the two and hazard a reputation of being indifferent and indecisive. In any case, maintaining Canada’s excellent risk rating will prove to be an incredibly challenging endeavour for the foreseeable future.