The Grassy Narrows tribe and the devastation of mercury poisoning 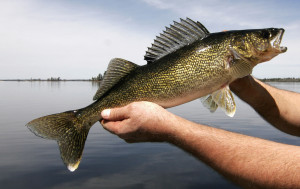 Between the years of 1962 and 1970 the Dryden Paper Mill, owned by Reed Ltd, dumped close to 10 tons of toxic waste in the Wabigoon River. The local Grassy Narrows tribe survived on fish from the Wabigoon River. In 1970 the Ontario government tested the fish from the river and discovered that they contained high levels of mercury. The tribe and local fisherman were informed that the fish were not fit for consumption. The government of Ontario advised the tribe to stop eating fish, however it was their main staple food and had no other options. The Ontario government initially sent $35,000 worth of frozen fish to the tribe.

When confronted with the discovery of mercury tainted fish, Dryden Chemicals Ltd (a subsidiary of Reed Ltd) stated that mercury naturally occurred in the river. However, when fish were tested they showed unavoidably high levels of mercury. Up to 90% of the Grassy Narrows tribe are now infected with Minamata disease and many have died. Minamata disease is caused by consuming mercury. The symptoms of Minamata disease include numbness and unsteadiness in the legs and hands, tiredness, ringing in the ears, narrowing of the field of vision, loss of hearing, slurred speech, and awkward movements. Extreme neurological damage is also a possible side effect of Minamata disease.

Corporate­ Role
In 1977 the Grassy Narrows tribe began their legal actions against Dryden Paper and Reed Ltd. The following year, the Ontario government established The Royal Commission on the Northern Environment. The purpose of this commission was to assess the impact of industry in the north and offer solutions. Eventually the multiple parties convened to reach an agreement. In 1985 the Grassy Narrows reached a settlement with the government of Ontario, the government of Canada, Great Lakes Paper Products and Reed Paper. The Act is known as The Grassy Narrows and Islington Indian Bands Mercury Pollution Claims Settlement Act. The primary focus of this act was to establish the Mercury Disability Fund whose purpose is the following: “members of these First Nations who display symptoms consistent with mercury poisoning could apply for funds to live on”.  The compensation package to the two tribes is estimated at $16.67 million.

The mill has changed ownership multiple times since the dumping of the mercury. Management of the mill has gone from Reed Ltd to Great Lakes Forest Products, to Canadian Pacific Forest Products to Avenor Incorporated to Bowater to Weyerhaeuser and finally to Domtar Pulp and Paper Products. Many of these changes were due to mergers and acquisitions of parent companies. These multiple shifts in ownership and ensuing legal decisions have left the Grassy Narrows tribe and government of Ontario at a loss. The Wabigoon River requires regular monitoring to test mercury levels. The government of Ontario attempted to take legal action to push this responsibility upon Weyerhaeuser. Due to the decision reached in 1985 under Bill C-110, proprietors of the mill past or present are not responsible for environmental monitoring. Various plant owners, including Weyerhaeuser were also involved in the modernization of the facilities to reduce environmental impact, this undertaking eliminated any further liability on their part. Reed Paper is also no longer liable as per Bill C-110. As a result, the responsibility defaults upon the Ontario government.

The Situation in Grassy Narrows
The tribe claims that while the funds provided from the compensation package do exist, they are sparse. Moreover, due to poor communications with the Mercury Disability Board many persons entitled to the funds have not been compensated. The Chair of the Board Margaret Wanlin claimed 27 per cent of the people who apply are approved for a pension. Recently there has been resurgence of persons claiming that Minamata disease is affecting them and the compensation by the governments and two companies is not acceptable. The average payment is approximately $250-$800 a month. Former Grassy Narrows tribal chief Steve Fobister contends this does not nearly cover the damages.

Japan has had previous cases of Minamata disease, due to use of mercury in manufacturing and a population which relies heavily on fish. Japan leads the world in Minamata disease research. Part of the agreement between the tribes and government is that Japanese specialists will work regularly with the residents to research and hopefully alleviate the situation. This partnership has been ongoing. One researcher contends that the compensation is not acceptable. Masanori Hanada states, “I repeat, repeat 100 times with government this kind of discussion, they lived here, they eat the fish because they are poor. This fish was contaminated and they have neurological symptoms, I think it is enough to admit they are victims”.

It should be stated the Ontario Government did issue warnings which the people of the Grassy Narrows tribe did not adhere to. In the 1970’s the tribe were warned to abstain from eating the fish, yet continued as they were not aware about the insidious nature of mercury poisoning. Former chief Steve Fobister stated, “We don’t know science. You look at the lake, it looks good, it looks clean, the fish look all right”. The Ontario government initially sent $35,000 worth of frozen fish to the tribe. According to the Ontario government, the process to continue receiving frozen fish has not been followed through. It is unclear as to how the tribe was supposed to proceed in order to receive more fish. Kathleen Wynne, Minister of Aboriginal Affairs at the time, recants “Now I understand that the community hasn’t applied” she said. “There hasn’t been an application for that program for some time”.

Government Response
As of recently, the Ontario government has made some claims to create solutions for Grassy Narrows.  Environment Minister Glen Murray has stated that the government has earmarked $300,000 for water and fish testing in the Wabigoon River. An additional $300,000 has been set aside to study methods to restore the river. Restoring the river has been a contentious issue throughout the crisis. In 1986 the Ontario government hired an economist to sum up the cost of completely resolving the situation.  This involved completely dredging up the Wabigoon river system over a period of six years.  It would have cost approximately $20 million. The economist, Jack Donnan has claimed that dredging the lake is not worth the cost as it would not reach a $12 million benefit over six years. Donnan claimed that the entire process may not even remove mercury from the riverbed.  It is possible that stirring the riverbed could release more mercury into the water system. Donnan stated that providing frozen fish and abstaining from subsistence fishing would be a much more cost effective solution.

The contributions from the Ontario government are certainly welcome gestures but they do not provide an overflowing sense of reassurance. Moreover, no statements have been made in relation to caring for those already affected by Minamata disease who receive little to no assistance from the Mercury Disability Board. Prime Minister Justin Trudeau has stated, “We’re working with the province on resolving this issue” and “We are all aware of the issue, and are doing our part to help remedy it”. There have been no definite commitments towards any resolutions from the Prime Minister’s Office as of yet.

Recommendations
The crisis facing the Grassy Narrows tribe is not yet resolved and it appears that without critical intervention, the situation will only degrade further.  Up to 90% of the tribe shows signs of Minamata poisoning and the current financial solutions in place are not effective. The agonized tribe’s plight has mostly been ignored until recent years. Critics are right to hypothesize that if a similar public health crisis were to occur in any major metropolitan area it would likely be met with a swifter, more proactive response. The situation in Grassy Narrows further sullies an already tarnished relationship between government and indigenous communities. It is a serious issue that needs to be resolved and should in the least, be given more attention from both the provincial and federal government and their respective ministries. Ideally a workable solution could include: