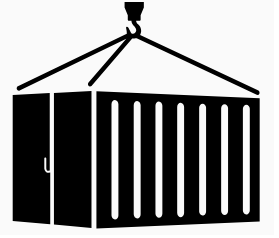 The Comprehensive and Progressive Agreement for Trans-Pacific Partnership (CPTPP) entered into force on December 30, 2018 after years of ongoing negotiations. This agreement permits free trade between Canada and the following countries: Australia, Brunei, Chile, Japan, Malaysia, Mexico, New Zealand, Peru, Singapore and Vietnam. While low tariffs do remain on some goods, this substantial agreement liberalizes trade for most products and services. Federal bodies, trade publications and Canadian media have been quick to extol the benefits of exportation. The hashtag #timetodiversify was generated to promote the enhanced capabilities of Canadian firms to reach international markets. Most of the language from Canadian sources is positive and export-focused. Content on the impact of imports affecting Canadian businesses is noticeably sparse.

Wide-spread imports always pose a potential challenge to companies. Some industry-based interest groups have forecasted job and profit losses in their respective fields as a result of the partnership. United Steelworkers and the Canadian Vehicle Manufacturers’ Association have been vocal in their opposition to the CPTPP. An influx of new entrants will necessitate the need for all companies reevaluate the competitive landscape in which they operate. Larger firms can anticipate and adjust for these changes but small to medium enterprises may bear an unexpected shock. If competitive intelligence is done in-house, it is often under purview of the marketing department. Undoubtedly, those employed in this department should be vigilant to the shifting economic terrain. Companies such as M-Brain that provide market research and competitive intelligence services will likely grow in demand. Businesses may not be directly impacted by new rivals but the availability of cheaper input materials may result in a lower cost of production for their competitors. Vendor research should be a priority for companies in the upcoming months.

Despite the potential effect imports can have on domestic business, most experts praise the CPTPP as being a net positive for Canada. Moreover, the changes will be gradual and not drastic. Canada did have free trade agreements between some of the CPTPP countries prior to the agreement. Regardless, all Canadian companies will need to renew their competitive intelligence metrics. Domestic firms should use all means available to collect information on new entrants to their industry. With enough creativity, companies may even be able to pivot a threat to their customer base into a profitable opportunity.