By Liam B. Twomey
June 7, 2019
Originally published on the Intelligence Fusion Blog

UPDATE: As of June 26, 2019, two white supremacist organizations have been added to Public Safety Canada’s list of terrorist entities 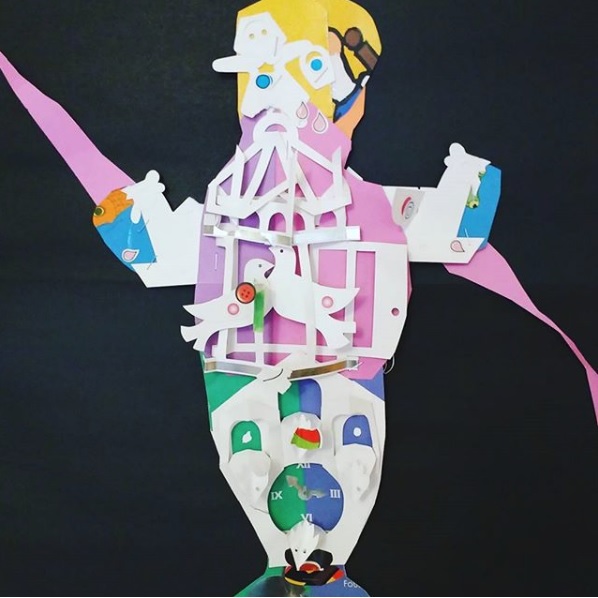 From September 11, 2001 to the mid-2010s Islamic terrorism stood as Canada’s principal national security threat. Recent domestic and international changes have required Public Safety Canada (Canada’s federal department of public safety and emergency management) to expand its focus. While Islamic terrorism does remain a concern, several other threats have increased in magnitude. The three main risks are foreign interference, primarily from China and Russia, cyber attacks and Right-Wing Extremism (RWE). In 2017 Canada experienced a significant rise in attacks inspired by white supremacy, a subset of Right-Wing Extremism. White supremacy is the ideology that white people are a superior race and should dominate society. This newfound diversity of threats has posed a daunting challenge to the current federal government and Public Safety Canada.

Public office holders have been very quick to respond to foreign interference and cyber attacks. Foreign interference can range from funding subversive movements in Canada that benefit the remunerating country to industrial espionage. The Canadian Security Intelligence Service (CSIS) has released the following publications: China and the age of strategic rivalry, Who Said What? The Security Challenges of Modern Disinformation and Russian world-views – Domestic power play and foreign behaviour. Members of Parliament and senators have also introduced legislation to combat foreign interference. On December 13, 2018 the Elections Modernization Act was passed. This act aims to restrict the influence of foreign entities on federal elections. Previously, Parliament passed the Justice for Victims of Corrupt Foreign Officials Act. This act freezes domestic assets of corrupt foreign officials who may use their influence in Canadian political affairs.

Federal initiatives have also been implemented to resist the rise of cyber attacks. In October 2018 the Government of Canada opened the Canadian Centre for Cyber Security. This program was created to prevent cyber attacks and inform citizens and business about the danger of cyber crimes. The Canadian Centre for Cyber Security has released many publications. This program operates under the Communications Security Establishment, which is directed by the Department of National Defence, not Public Safety Canada.

The growing threat of white supremacy has proven to be considerably more challenging for Public Safety Canada and the federal government, despite its similarities with Islamic terrorism. Both are fueled by an extremist ideology and encourage violent attacks on people and property. The scope of cooperation and planning for attacks is broad. Attacks can scale from spontaneous lone wolf assaults to multi-person, well-orchestrated strikes. Some of the current bulwarks in place to stop Islamic terrorism and white supremacist violence are symmetrical. Legislators have passed laws prohibiting the promotion of hatred, they have also passed laws barring the distribution of terrorist propaganda to prevent at-risk persons from being radicalized. Public Safety Canada has released the National Strategy on Countering Radicalization to Violence which targets both Islamic terrorism and white supremacy.

Public Safety Canada has funded 20 separate projects with mandates to research and combat radicalization. These projects focus on either Right-Wing Extremism, Islamic terrorism or both. Public Safety Canada has worked closely with the Organization for the Prevention of Violence, a nonprofit organization tasked with researching and preventing racist violence. Historically, public safety professionals have relied on leads from within Muslim communities to combat extremism. It is through collaboration with Muslim leaders that a terror plot to derail a VIA Rail train was investigated and blocked. Similarly, Conservative circles have been urged to screen and oust white supremacists that may be present within their groups.

Despite the similarities between white supremacy and Islamic terrorism, Canada has taken a much stauncher stance with the latter. Public Safety Canada released a leading publication on terrorism in 2013 titled Building Resilience Against Terrorism: Canada’s Counter-terrorism Strategy.  This publication focused on Islamic terrorism and made only one passing reference to white supremacy. On April 29, 2019 Public Safety Canada released the 2018 Public Report on the Terrorism Threat to Canada. This document had removed mentions of specific religious sects from the publication. This publication further expanded on Right-Wing Extremism but did not go into detail. This document contains the following statement: “The threat of violence from any individuals, including those holding extreme right-wing views, may manifest in terrorist activity or other forms of criminal violence. However, while racism, bigotry, and misogyny may undermine the fabric of Canadian society, ultimately they do not usually result in criminal behavior or threats to national security”.

Public Safety Canada has been hesitant to include white supremacy under the scope of terrorism. While listed under Extremist Groups in a Royal Canadian Mounted Police (RCMP) federal document, white supremacist organizations are excluded from Public Safety Canada’s list of Terrorist Entities. This omission is not only a theoretical quandary, it has had real-world implications. For example, Alexandre Bissonette the perpetrator of the 2017 Quebec City mosque shooting was not technically charged with terrorism. This was Canada’s most notorious and recent example of grave white supremacist violence. For many experts this attack qualified as terrorism. The legal proceedings of Alek Minassian’s misogyny-fueled van attack have followed a parallel course.

The Canadian Security Intelligence Service (CSIS) has been monitoring the activities of Right-Wing Extremist groups in addition to Islamic terrorist organizations, albeit to a much lesser degree. An Access to Information request revealed that CSIS habitually downplays the danger white supremacy poses. Many experts have called on CSIS to assign more importance to white supremacist threats. Former CSIS analyst and current president of Insight Threat Intelligence, Jessica Davis, has publicly stated that she believes CSIS’s current stance on RWE to be inadequate.

Although stating that they are actively involved in the fight against RWE, it is difficult to ascertain the degree to which RCMP is challenging white supremacy. The RCMP has teams that are dedicated to preventing terrorist attacks called Integrated National Security Enforcement Teams (INSET). INSET have been instrumental in foiling terrorist plots. While openly working to prevent Islamic terrorist attacks, the RCMP and in particular, INSET has been muted about the growing threat of white supremacy.

As of yet no single body has been delegated to responding to white supremacist threats. The issue has been divided and parceled out to a series of organizations. This model allocates many departments, with many scopes and many resources towards the risk. This level of cooperation is considered ideal in the field of emergency management. However, the involvement of so many different organizations and mandates has led to incongruent outcomes. For example, the RCMP and local law enforcement agencies are tasked with response. Each municipal and provincial law enforcement agency has their own protocol for classifying crime. Often, offenses that should be classified as hate-motivated crimes are not categorized as such, depending on the officer and law enforcement agency.

Evidently, tactical efforts to combat Islamic terrorism have not been equally matched by efforts to stem white supremacy. This may be due to the reluctance by security professionals to recognize white supremacist violence as terrorism. It appears that the policy is to withhold certain resources until a hazard grows and claims a significant enough number of casualties. This is in stark opposition to Canada’s current strategy to thwart Islamic terrorism, which has been effective. The plots of the Toronto 18, Aaron Driver and Hussam Eddin Alzahabi have all been blocked through the collaboration of Canada’s public security agencies. Please note that this is an analysis of open-source material. If there is a grand initiative from Public Safety Canada and its partner agencies to tackle white supremacy, it is covert.

Currently, a critical issue remains unresolved; there is also no consensus on what constitutes white supremacy. An attempt to forcibly expel all racialized persons from Canada to form a white ethno-state would unanimously qualify as a white supremacist initiative. Alternately, some have called Prime Minister Justin Trudeau a white supremacist terrorist for reneging on a statement to accept all refugees who enter Canada from the United States. This notion is much less common. White supremacy as a threat is also politically thorny in ways that Islamic terrorism is not. Tackling a violent ideology that is incubated domestically is significantly different from one that has been imported. To further complicate the matter, it is very difficult to confirm the proportion of Canadians that harbor racist ideals or exhibit racist behavior. The problem of white supremacy may be too widespread and ambiguous for Public Safety Canada and its partner agencies to tackle. Regardless, it is not the duty of Public Safety Canada to challenge the underlying opinions in swathes of Canadians, their role is to prevent, mitigate and respond to threats.

The recent rise of white supremacy in Canada has been met with ambiguity and this is concerning. A series of government publications have been released and many community projects have been funded but their success is difficult to measure. Public Safety Canada and its partner agencies appear uncommitted to halting white supremacy and recognizing the risk it poses. There are no clear parameters that discern a regular assault from a hate crime and a hate crime from a terrorist attack. There is no single body dedicated to combating white supremacy. Even the definition of white supremacy is open to interpretation. This lack of direction may lead to disastrous outcomes. Without clear action, racialized people in Canada will be left vulnerable. So far, public officials have had a slow, indecisive and meagre response to this change in the threat landscape. However, they should react more aggressively. The ire of critics will most definitely not be slow, indecisive and meagre if another major white supremacist attack occurs and it is revealed that it could have been prevented with greater vigilance.